Published by Dina
Tags
Beach
Escapade
Hey guys good morning we are in Lombok, yes we have arrived in Lombok and today's very exciting day for a lot of reasons. Number one we made it to love number 20, and number 2 Lombok is a really nice island with tons of beaches, waterfalls  and we are going to explore. And today we're going to start with the west side  of kuta which is a place where we are now and the last thing that is cool is that we have a drone - and we're going to capture some cool shots and yeah, let's go …

We are at the first beach called Mawun Beach. As you guys can see people are nice friendly the road said we drove are really green and quiet so I think it's time to enjoy the first beach. 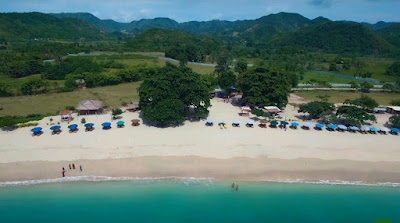 There's a nice dude and we skipped Maui Beach and right now we're at Selong Belanak or something, it's a lot more crowded, as we can see very crowded, so they were right lots of boats, lots of beginning surfers, lots of people, totally different than where we were before. 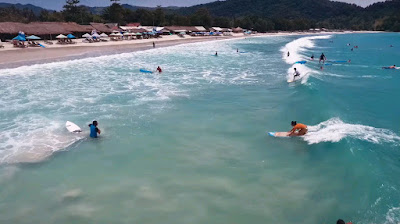 As we can see it's a lot about surfing. You have so many surfers most of them are beginners, so basically a lot of people reaches all right there are tons of boats but if we would have to choose the first Beach Mawun something can remember the man, but it was really nice and in here it was my cert but if you want to serve this is the place to go and right now we are going through the last one of this area which is both Mawi.

We have a very interesting situation we are trying to get to beaches and every time you have to pay like IDR 10,000 for a ticket. But right now we are at other way with two kids asking us for money but they don't have a ticket, so then the question is do you pay for the ticket because because they are kids. The way to mouth Maui Beach is pretty so rocky pretty more like it. 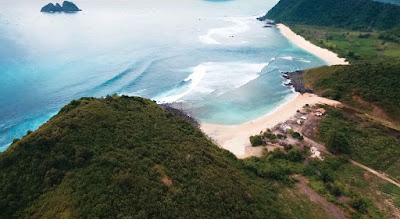 I have to say that the teacher in me was a bit sad of the situation like because there were these kids in front of us and they were we're not sure if they're trying to steal our money or if there's really a sea today, but since we had to pay to all the other beaches around. I think it, I think it was they were honest what I would like to say thank, so I'm just going to stand still what I would like to say is that in these countries that we travel, especially in Asia, you don't always have the perfect texting office with a guy in a uniform you would take it you have locals that make up like just use with everybody in the area that they get the money, it's their living, it's their way of life so you never really know if it's a hundred percent true or not the worst that can happen is that you will support a kid in a third world country and as far as I'm concerned that that isn't that bad.

it might be trying to go down slowly but surely else still not at the beach it must be a damn good Beach, okay well it's really weird coming here there is nobody, the beach is small, it's windy it's fresh, my favorite so far. 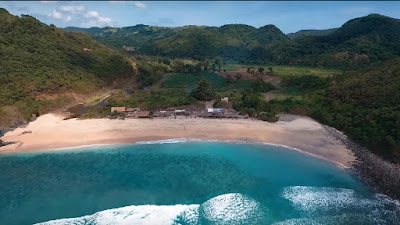 We visited three beaches they weren't always signing but the last one Valley was definitely the nicest I think so far a good day.

Thank you for reading this blog,
Now,please book some flights

Like this blog? Keep us running by whitelisting this blog in your ad blocker.

This is how to whitelisting this blog in your ad blocker.